There are five tastes: sweet, salt, sour, bitter and umami. Umami is the fifth and youngest taste: it was discovered late as 1908, many centuries later than the other four. Nevertheless it turns out to be a very important taste: it amplifies the other tastes. 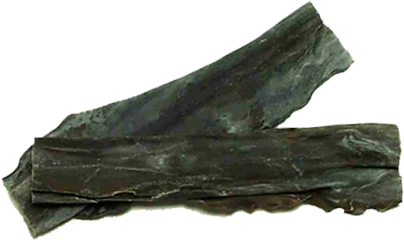 Umami was discovered by Japanese chemist Kikunae Ikeda, when he was researching the taste of seaweed. It turned out to amplify other tastes.

Umami Media is a young production company founded by Niek Teunissen and Casper Eskes. We have our own way of producing. We create films, series and tv shows that are just different from what you saw before. Not a budget brand, but the premium quality version. With a clear focus on the target audience.

We know that with the mix of the right people, ambition, efficiency and creative flexibility everything is possible. The combination of the right tastes. We amplify these tastes and make sure its creation is greater than the simple sum of its parts. We once started with huge dreams and minimal means, and we still produce in the same way. Because now the means are growing, the dreams grow too. We always get the most out of it. And a little more.

You could call us impatient and unrealistic (fortunately that does not happen often), but we prefer to call ourselves ambitious. And luckily this turns out not to be unrealistic at all (most of the time). After graduating the Dutch Film and Television Academy in 2012, we decided to take a leap of faith and just go for it: we set ourselves the objective to startup our first cinema release, fiction series or television show within four years. And we did even more. Pijnstillers (coproduction with Shooting Star) was our first cinema release (and Kappen our second)(and De Dirigent our thirth)(and De CLub van Lelijke Kinderen will return next year greater than ever before). The Amsterdam Project (by joint venture Kalemami with Kale Jakhals ) is our first tv show, nominated for a Zilveren Nipkowschijf, De Gouden Televizierring, winner of two TV Beelden and the format is being sold over the entire world.

And this is only the beginning. Dutch cinema is doing fine, but the selection may become a little more diverse. The Netherlands is a pioneer in TV formats internationally, but could regain it's sharp edge and use a sniff of quality. And let that be exactly the thing we are working on...

The time that producers deliver finished products to distributors or broadcasters who then camly start doing some promotion is long gone. It is vital to involve your audience from the beginning. To think bigger than the classic routes. To know who you are making it for - or even with. And to research these target audiences. Internet makes this easier than ever. But of course, it all starts with the right story at the right moment.

We could explain here how many different things we do, that we produce for television, web and cinema, that we have audiences from Holland to the US, that we combine cinematic storytelling with television audiences, that we serve kids, men, women, youngsters and eldern, that produced an endless amount of content since 2002 and how diverse this all is. But we won't. Because that is not the key point.

What it is all about is that we are three guys with three completely different tastes, and we would all prefer to create different things. And that we coincidentally are versatile enough to actually do so. With three times as many power.

And what that results in, you can see under Projects.

Here you find a small foretaste of Umami Media projects that we be released soon:

Selection of some of our producions. For questions about a specific project not listed here; please contact us.

Umami Media is being represented by Umami Productions